Charge to the Ministerial Search Committee: The Congregation
We, the members of the Unitarian Universalist Society of Oneonta, do hereby charge you, the members of our ministerial search committee, to carry out the search for our settled minister using the best practices and resources available to you.  With gratitude for the tasks you are about to undertake, we offer you our full support, freeing you from other church responsibilities and pledging to you the financial means to carry out your work.  We promise to be patient and to understand the need for appropriate confidentiality.  We charge you to represent, to the best of your ability, our entire congregation, including the children and teenagers, and our vision for the future of this beloved community.

Acceptance of the Charge: Ministerial Search Committee
We, the members of the Ministerial Search Committee of UUSO, are honored to have been chosen to represent you in the search for our next settled minister. We accept your charge and take up the crucial work you have given us. Putting aside personal preferences, we will endeavor to represent the entire congregation, including our children, and those who have not yet joined the congregation. We commit ourselves to keeping you informed about our process; to listening deeply, and, above all, to being worthy of the responsibility with which you have entrusted us.

Amy has attended UUSO since soon after she moved to Oneonta during the summer of 2009, when she began teaching Political Science at Hartwick College. Her children, Jacob and Natalie, have grown up in the congregation. She has been on the Religious Education Committee during most of these years, as well as teaching RE classes. She also served two terms on the Board of Trustees, spending part of that time on the leadership team, and has served on the Personnel Committee. Amy believes this is a crucial period for UUSO as we seek to move forward together after the internal and external disruptions of the past few years. She welcomes the opportunity to work with the members of the Ministerial Search Committee and the Congregation to clarify UUSO’s vision and call a settled minister who helps us realize it. 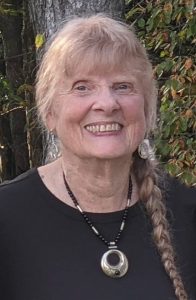 Suzanne Miller has been a member of UUSO for over 40 years. She was involved with the Social Action Team for many years and served as Team Leader for three, helping facilitate the SAT Social Justice Film Series for the wider community. She has taught Religious Education classes, served on the RE Team, and helped facilitate the use of UUSO’s Mara Kern Children’s Library. She is also part of the Mali Education Project, which supports Youchaou’s School in Mali, West Africa. Suzanne has served as a delegate at the annual Unitarian Universalist General Assembly. She is a UUSO Congregational Liaison to the Unitarian Universalist Service Committee and has led Sunday services about the work of UUSC. On several occasions, Suzanne has given the sermon for UUSO’s Sunday service and has also been a guest preacher for other congregations. Suzanne recruits and coordinates the ushers, serves on the Visitor Connections Team, and especially enjoys decorating the chancel table. She is retired from SUNY Oneonta where she developed the Early Childhood Teacher Education Program. 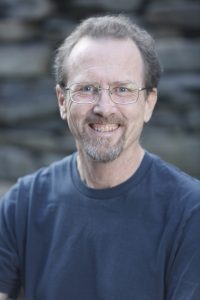 Jim Mills has been a member of UUSO for more than 20 years. He has served on the Board of Trustees, been the Moderator for the congregation, been a member of various other committees and task forces, and participated in/led small group ministries. He has helped lead worship services and delivered sermons on four occasions. His professional interests as a geographer at SUNY Oneonta include the study of religion and sacred space. Jim has recently made a presentation on creating pilgrimage pathways in the United States at the UUA General Assembly in Portland, Oregon.

Justine Roefs has been a member of UUSO for six years. In this time, she has served as a member of the Religious Education Team, taught RE classes, and was the Acting RE Coordinator when the DRE was on medical leave. Justine has also served as Co-Chair of the Cookies and Crafts Committee for the past three years. She has served on the Interim Transitions Team since Reverend Rachel’s arrival, including the InterCoM collaboration to see what the current congregation’s hopes and dreams are for UUSO. Justine has served as Worship Associate many times and also helped Alice get Candlelight Dinners up and going.

Karl Seeley started attending UUSO in the mid-2000’s, following the lead of his wife, Kate, and became a member in 2009. Kate and Karl’s children participated in Religious Education for many years, and also enjoyed special events like the Pizza-and-Games Nights that used to be a regular occurrence. Karl has served on the Endowment Committee and the Finance Committee, and spent two years as Moderator (2019-2021). Karl currently teaches economics at Hartwick College. 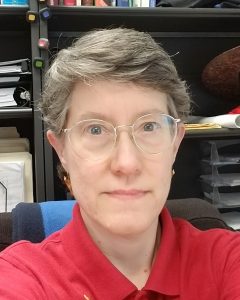 Beth has attended UUSO since she arrived in Oneonta in August 2000, though she only got around to signing the membership book two or three years ago. For quite a while, Beth served as the Chair of the Music Committee; now she sings in the choir, helps host coffee hours, and assists with UUSO’s A/V needs. Beth is a Spanish professor at SUNY Oneonta and Chair of the Foreign Language department. She has served on search committees in an academic context. She is also Board President of the Oneonta Concert Association and volunteers as a Spanish interpreter a few times a month for the Oneonta Community Health Center.